Christine Loriol: Sophie Huber, how does a Swiss woman from Bern get to make a film about the renowned American Blue Note- Jazz Label?

Sophie Huber: Don Was, the current president of Blue Note Records, liked my documentary about the actor Harry Dean Stanton ("Harry Dean Stanton: Partly Fiction"), in which music plays an essential role. We met to discuss whether Blue Note would release the Harry Dean soundtrack. The record eventually appeared on a different label. But this contact led to the film about Blue Note.

CL: What attracted you to the Blue Note project?

SH: I’ve known about the label since childhood. We had some of the classic Blue Note records at home. Apart from the music, I am moved by the humanity that runs through the entire history of Blue Note. The collaboration between the German Jewish founders, who fled to New York in the 1930s and the African American musicians and how together, they found an expression of freedom in jazz. Especially today, when xenophobia and racism are omnipresent, it is important to tell this story and expose this extraordinary music and its lasting influence to a younger generation.

CL: A key feature of the film is the recording session with jazz legends Herbie Hancock and Wayne Shorter and the young Blue Note artists. How did this come about?

SH: For the 75th anniversary, Blue Note planned a recording session at legendary Capitol Studios in Los Angeles with the current “Blue Note All-Stars" Ambrose Akinmusire, Robert Glasper, Derrick Hodge, Lionel Loueke, Kendrick Scott and Marcus Strickland. Since I wanted to tell the story from a present day perspective and through the musicians, this session was a perfect opportunity to explore this angle. I also wanted, to bring together different generations of Blue Note musicians to highlight a tradition in jazz, where one generation mentors the next generation of musicians. When I discovered that Herbie Hancock and Wayner Shorter - both of whom made their first records on Blue Note - were performing at the Hollywood Bowl around the same time, I asked Don Was if he could invite them to the All-Stars session. And luckily, that worked out.

CL: They had a single day to do it. How did you proceed?

SH: A morning was planned for the session. The musicians had already played together in other configurations, but never all together. They agreed to play "Masqualero", a 1967 composition by Wayne Shorter, which had also been recorded by Miles Davis. The theme was briefly rehearsed, and then the musicians recorded two very different, consecutive takes. It was quite magical and everyone felt that something special was happening in that room. After the session we filmed the interview with Shorter and Hancock.

CL: Hancock and Shorter show themselves to be very open in the film, you can feel their long relationship and human depth. How did that happen?

SH: Obviously I prepared myself for the interview and I knew which topics I wanted to cover. But I also wanted to be able to respond to the moment. So it became more of a conversation than an interview. Herbie Hancock and Wayne Shorter are extraordinary people, very open, present and full of curiosity. By the way, these are qualities that I also noticed in the young jazz musicians. I think that this has to do with their way of musical interaction, of improvising.

CL: What was your concept, your strategy for the film?

SH: It was important to me that the music and the musicians were at the center of the film and that they would - whenever possible - tell the story themselves. The knowledge has always been passed from one generation of musicians to the next, and Blue Note has always encouraged this. I wanted to continue this tradition in the hopes that the film would serve as an educational tool itself and inspire kids to pick up an instrument. It was also clear that I wanted to tell the story from today’s point of view. Nothing illustrates the lasting influence as clearly as today's musicians, who build on this heritage, contribute their own voice, reflect their own time and add to this ever evolving genre.

CL: In addition to the recording sessions and interviews, the film contains a wealth of archival material: legendary record covers and photographs of classic Blue Note sessions, concert footage, old radio interviews and so on. How did you find all this material?

SH: It was clear that we had access to the very powerful and evocative photos of Francis Wolff, one of the two founders, who photographed nearly every recording session from the early 1940s to the late 1960s. We found recordings of outtakes, banter between the takes, that – together with the photographs - brings the old sessions to life. I wanted to juxtapose the past and the present throughout the film, highlighting how palpable the influence of the musicians of the past remains today. For our live recording sessions, we were looking for an aesthetic that was reminiscent of Frank Wolff's photos to create a visual connection. It was also clear that we wanted to use concert footage of icons such as Miles Davis or Thelonious Monk. And then I found old radio interviews with Art Blakey and John Coltrane. Whenever possible, I wanted to include the musicians own voices.

CL: What was the hardest part for you?

A: The biggest challenge was to condense the entire story of Blue Note, which spans almost 80 years, includes nearly a thousand records and many musicians into a 90 minutes film. What is the common denominator and how can I weave it through the entire film? How can I find something personal that unites all these works and people and the history of the label throughout the different eras? What all records share is that they are an expression of a human being at a specific time. I wanted to explore this need to express, how we absorb our surroundings and translate them into art.

A: With Don Was as President – a musician himself and a legendary producer - Blue Note continues to follow the vision of the founders, giving the musicians complete artistic freedom and supporting them to push the threshold, bringing the music to new places. Jazz is a constantly evolving genre of music. Even today an evolution is taking place, as evidenced in the connection to hip hop for example.

CL: What do the young musicians have in common with the old ones?

SH: An openness, depth and a true sense of responsibility. A strong identification with the music and its heritage, both musically and politically. I admire how they strive to keep the music alive, current and relevant.

CL: What did you personally learn while working on this film?

SH: I relate to the musicians’ quest, and I admire how they fight for their values and take their responsibility as artists seriously. For the young drummer of today's All-Stars, as well as for John Coltrane 60 years ago, the music remains a statement, an instrument to create hope and to confront the negative with the positive. This approach has been passed on from generation to generation, from Miles Davis to Herbie Hancock to the current generation of Blue Note artists, but also to hip hop producers like Terrace Martin. The film is a platform for this vision and I hope it resonates with the viewer. Wayne Shorter says in the film that he wants to create value with his music. I hope to create value with this film as well. 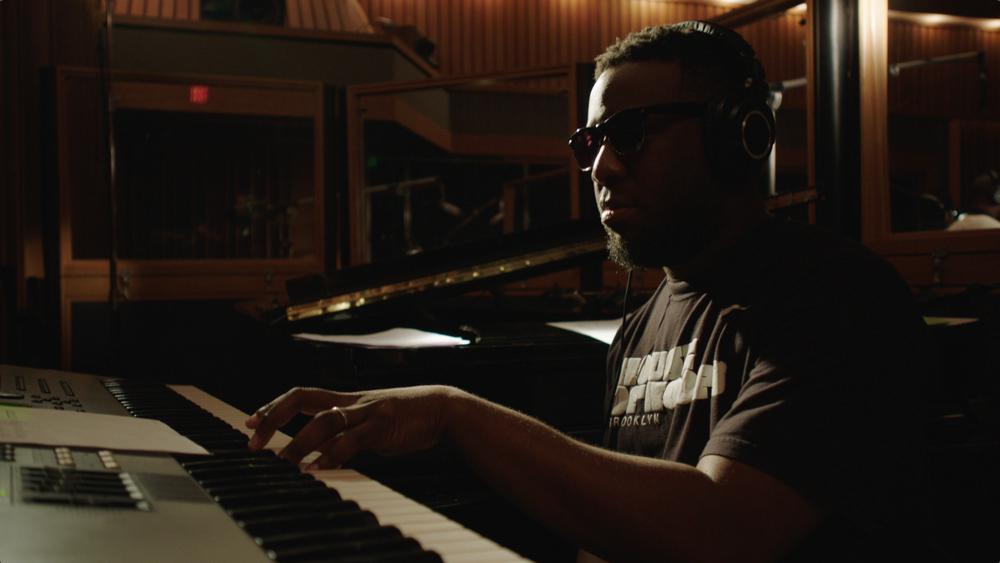 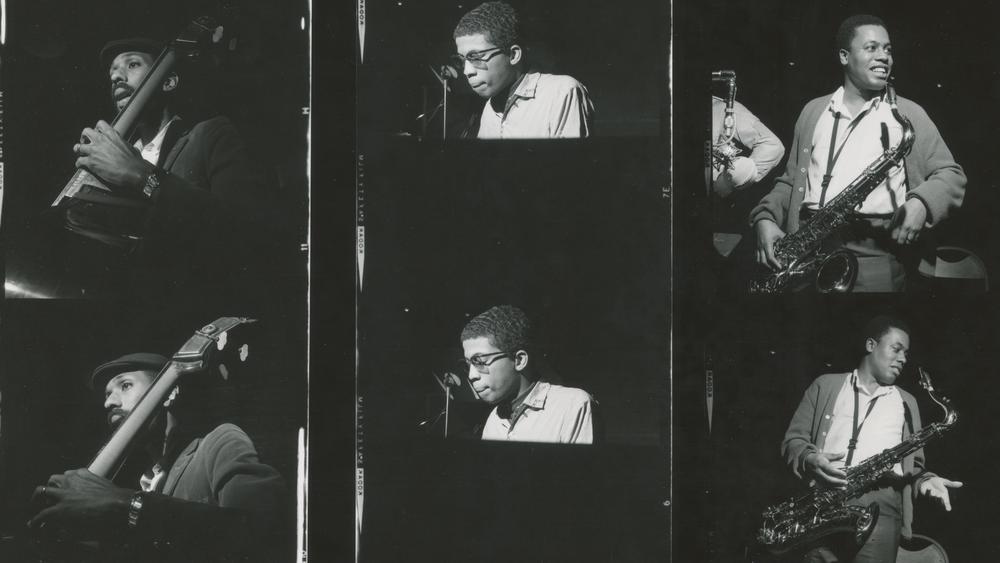 A Story about People who followed their Passion
The story of Blue Note spans over eight decades and includes about a thousand records.
Read story 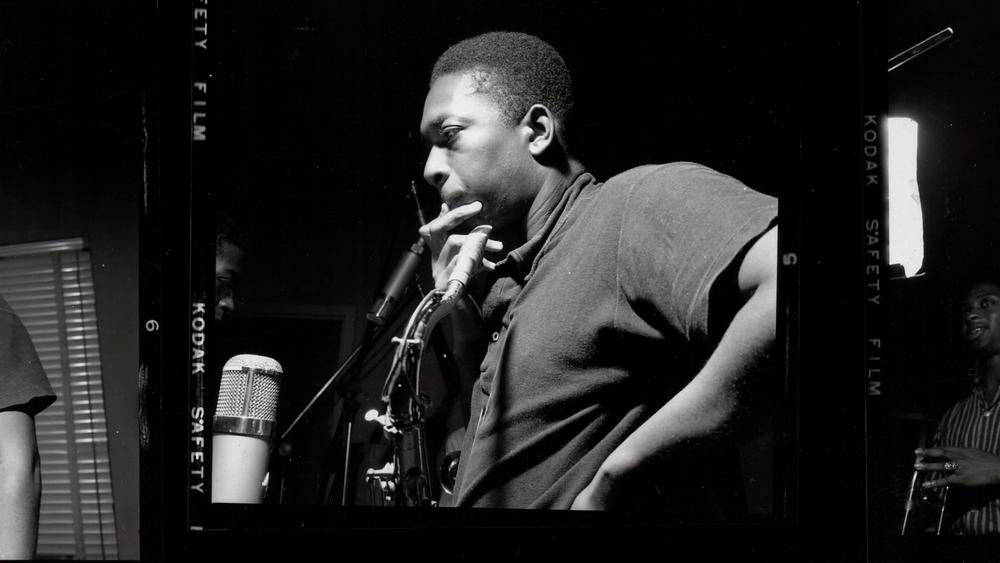 The legacy of Blue Note Records
It took the joining of many natural forces to create and define one of the greatest Jazz labels there has ever been.
Read story